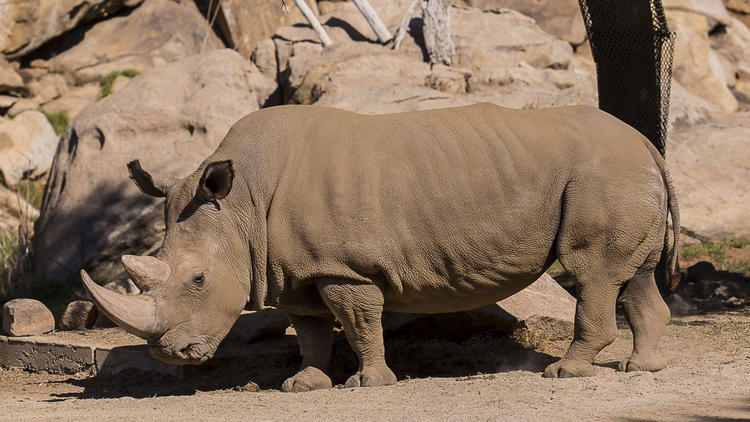 Although the Safari Park and Kenyan preserve have attempted to conserve the white rhinos through their breeding efforts, they have been unsuccessful. One of the last efforts that will be attempted by the park is the use of artificial insemination with the sperm of a male white rhino. As Randy Rieches, curator of mammals at the Safari Park, positively says “We’re not willing to give up yet.”

Jennifer Harrington is a Toronto-based illustrator, writer and graphic designer. She illustrated the best-selling children’s book series 'A Moose in a Maple Tree,' which includes the titles 'A Moose in a Maple Tree,' 'The Night Before a Canadian Christmas' and 'Canadian Jingle Bells.' She is also the owner of JSH Graphics, a boutique graphic design agency that specializes in print and web advertising. With her latest project, Eco Books 4 Kids, Jennifer has partnered with illustrator Michael Arnott to create a series of ecologically-themed ebooks for children. Her next book, 'Spirit Bear,' is due for release in the Summer of 2013. Jennifer offers two different school presentations for her 'Moose in a Maple Tree' collection, an illustration demonstration and a Christmas concert series, which can be booked at www.amooseinamapletree.com. She will be taking bookings for school readings of 'Spirit Bear' beginning in October 2013.
View all posts by jensera »
« Previous post